Nike is a household name that is synonymous with excellence in the sports world. Looking down, a pair of Nike shoes and the famous Swoosh logo can always be seen on someone's feet. However, shoes aren’t all Nike has to offer because not only is Nike involved with sportswear and apparel, but also with technology, charities, athletics, and so much more, on a global scale.

Nike is also an environmentally conscious company that is continually running campaigns to repurpose old athletic shoes to help create sports surfaces such as playgrounds, basketball courts, and running tracks.

Nike is a globally known company has its humble roots in Eugene, Oregon. The company was founded in 1964 as Blue Ribbon Sports, by Bill Bowerman and Phil Knight, and officially became Nike in 1971. Nike means the Greek goddess of victory and the company is well known for sponsoring high-profile athletes and teams around the globe. The company started out distributing shoes for Onitsuka Tiger (now ASICS), a Japanese shoemaker and most sales were made out of the back of Knight’s car at track meets. Now, through Nike's website, orders can be made and products delivered locally and around the world.

Besides being a shoe company, staying active and healthy is an integral part of Nike. The company has a drive and passion for sport, an instinct for innovation, and an aim to elevate human potential. Additional information can be found on the website.

Checkout the new special deals and models on https://www.nike.com 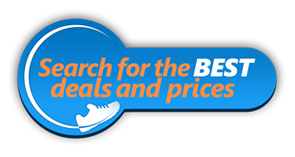